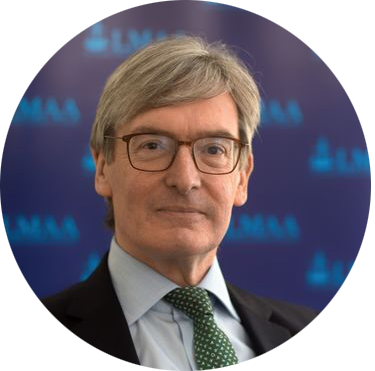 The LMAA is the world’s leading body concerned with maritime arbitration. Members of the LMAA handle over 1,700 new cases each year and publish over 500 awards in the same period. To put that in perspective, the number of new LMAA cases is roughly equal to the number of new cases started annually in the ICC, LCIA and Stockholm Chamber of Commerce put together.

It is now over 2 months since we were overtaken by the most limiting mass lockdown which any of us will have experienced. Despite some easing, there is no certainty as to when we will be able to resume “normal” hearings.

Ordinarily of course, we are used to come together physically for arbitration hearings, although the LMAA is unusual in that 80% of cases handled by LMAA arbitrators are decided on documents only. There are about 100 hearings a year in LMAA cases.

Since the lockdown began, the LMAA IT Working Group has been monitoring developments  in the courts (especially in England, Hong Kong and Singapore). We have also been monitoring measures announced by other arbitral organisations and institutions (including ICC, LCIA, HKIAC and SIAC).

Since early April we have been giving guidance to our arbitrators and encouraged LMAA arbitrators to adapt to the new conditions. The result is that many cases are now being decided on the basis of hearings held virtually, that is where no one is present in the same room, but where video facilities  are used for witness evidence and hearing oral submissions. This needs some familiarity with the most commonly used of the available IT platforms, notably Zoom, Blue Jeans and Microsoft Teams. This takes a certain amount of getting used to but I must emphasise, for those who have not used them,  that they are not hard to use, even for dyed in the wool technophobes.

Some of you will have heard about security issues, particularly with Zoom. I can confidently say that even those who put an embargo on using Zoom at the beginning of the lockdown period (some law firms and banks) are now getting comfortable with the improved security arrangement which have been put in place by Zoom which is now certainly one of the easiest facilities to use and which has all the functionality needed to be able to conduct an effective hearing.

Through the LMAA IT Working Group, we are continuing to monitor the experience of our users and third parties, including courts and arbitral institutions. Above all all we welcome feedback from LMAA users who can give comments on their experience to cliveaston@cliveaston.com or Daniella Horton, Hon Secretary of the LMAA, at dhorton@hortation.com.

The LMAA has so far provided basic training to our arbitrators in using Zoom technology. We are in the process of drawing up an advisory protocol to guide arbitrators as to the things they need to be aware of and/or bring to the parties’ attention in setting up and running a virtual hearing. In doing this, we will of course take account of the existing Seoul Protocol and guidance of the CIArb and arbitral institutions.  Above all however, we want to retain the flexibility and light touch which are the hallmarks of LMAA arbitration and which have made it so successful.

After the initial shock of the imposition of the lockdown, our experience is that few LMAA arbitration hearings are now being postponed in the hope of of having an early physical hearing. Parties and arbitrators are adapting to hold virtual hearings successfully without any prejudice to the parties’ ability to have their cases properly heard or to cross-examine witnesses.

By way of example, in the last week, I have been an arbitrator in 2 cases dealt with by way of virtual hearings: one as a member of a panel of three; the other as sole arbitrator. Both were entirely successful in terms of the efficiency of the hearing process.

This experience follows a large arbitration I was involved in just before the lockdown in which, because of quarantine measure already being observed, all the evidence of witnesses from China, Hong Kong, India and Thailand was given remotely. The solicitors, who were themselves required by the tribunal to quarantine after their arrival in the UK, were not in the hearing room but were able to observe the proceedings and communicate with counsel (who were in this case present). This might be called a “semi-virtual” hearing, and it may well be the type of arrangement which will find favour after the lockdown ends. We are convinced that when the lockdown ends, many of the lessons learned will continue to be valuable and some important practices developed using remote facilities will continue to be adopted.

In my view, and that of others, this is particularly true of the hearing of witness evidence. We think it will no longer be justifiable to fly witnesses half way across the world to give sometime 30 minutes of evidence. Hearing of witness evidence by video link will also erode the advantage which some seats claim in terms of their common time zones. A recently announced cooperative initiative of the IDRC with other hearing venues will facilitate the use of different locations from which witnesses can reliably give their evidence.

We will also increasingly rely on electronic document bundles, with the ability to annotate them and more and more reduce the amount of paper used in hearings.

It is good therefore to feel that something positive for international arbitration may come out of all the trauma inflicted by the Coronavirus pandemic.